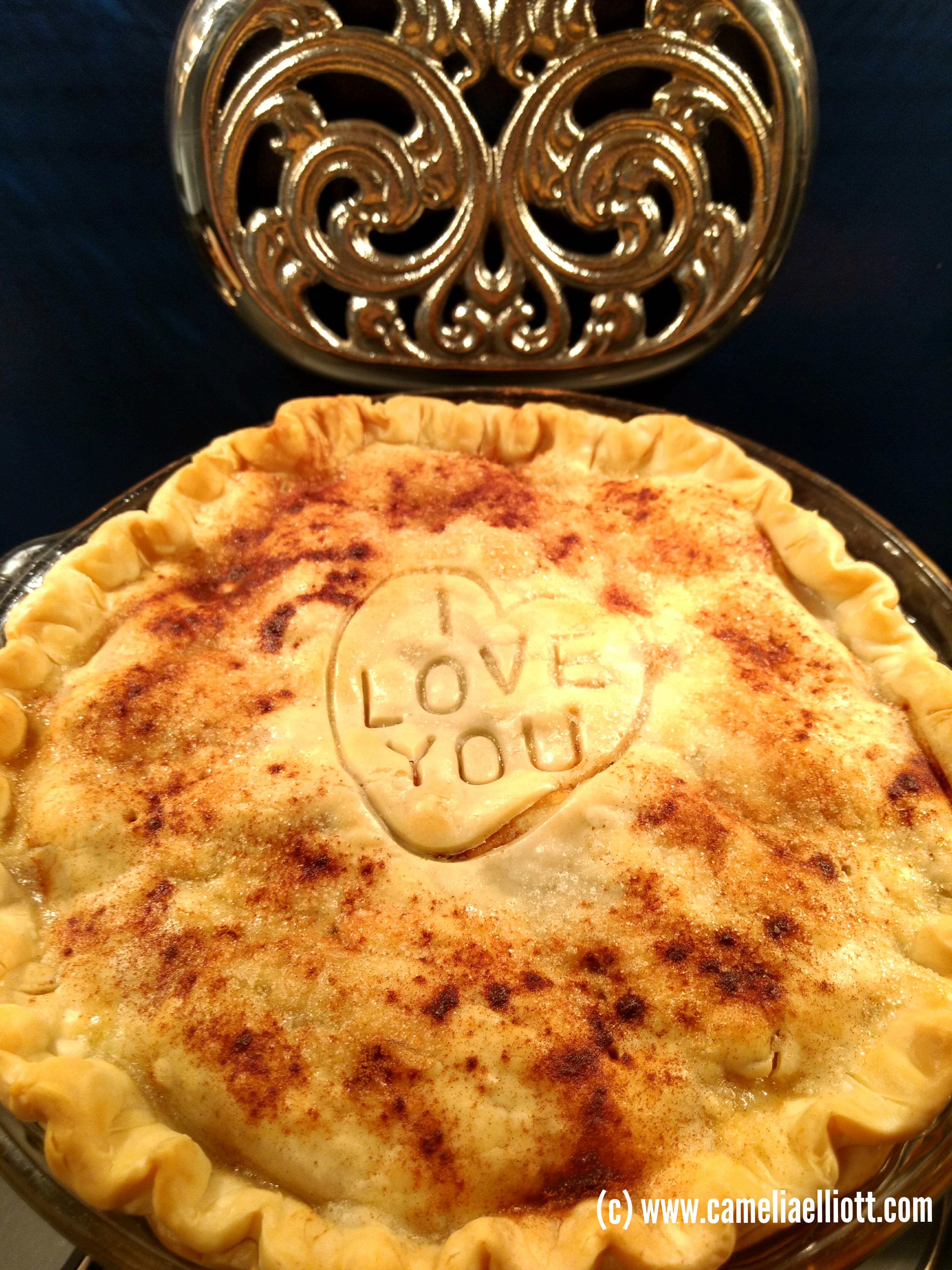 My mom had a recipe dated 1958. It has turned into my famous apple pie recipe. I converted it to a healthier version and it’s so delicious!

My annual apple pie is normally cooked in the fall, but we’ve been in the middle of a kitchen remodel. After six months I finally have an installed oven!

Valentine’s Day turned out to be hectic, so this pie was cooked several days afterwards. I love my readers and want to share this recipe with you as a belated Valentine’s Day gift.

Roll out one pie crust in the bottom of pie pan.

Melt butter and set aside.

Peel and cut up enough apples for one pie. Place second pie crust on cutting board and decorate. I used a toast press to decorate, but you could use cookie cutters. Do not press hard enough for crust to fall apart.

Place crust on top. Turn outside edge of pie under and pinch edges of two crusts together. To flute the edge of pie, I used the opposite end of a butter knife on the outside and my forefinger and thumb on the inside. To avoid burning the edges of pie, place foil underneath and loosely bring it to top to cover the fluted edges. Use your hands to scrunch the foil so that the fluted edge is the only thing that’s covered

*According to the USDA, consuming roughly one half of a teaspoon of cinnamon per day or less leads to dramatic improvements in blood sugar, cholesterol, LDL-cholesterol and triglycerides.

Dinner in a Jar: Healthier Version of Momma’s Famous Apple Pie ©Camelia Elliott
“All Rights Reserved. No part of this publication may be reproduced, stored in a retrieval system, or transmitted in any form or by any means, electronic, mechanical, photocopying, recording, or otherwise, without written permission of the publisher.”